I am amazed that some people believe that wearing face masks is a government plot. What would be the motivation and what is there to gain? Refusing to wear face mask as an act of defiance is on par with speeding in a school zone. I can imagine someone saying “No one is going to tell me to drive slowly in a school zone.” Refusing to wear a face mask is not a heroic act of Hollywood defiance. It is a selfish act which thoughtlessly put others at risk. The real story here is the power of politics not government.

Power is a major force making Wicked Problems persistent. In an American context, I feel power is seen in two unhelpful ways. First, power is assumed not to be a factor in a society which prides itself on equality. As Americans we assume power is only used for good and when necessary. Second, the polar opposite view widely held is all power is corrupt. This later view is fertile ground for conspiracy theories. Both views overlook that power is something constantly used which needs to be understood.

We think we are free but are unaware of how our reality is constantly shaped by the powers around us. Lukes says 1]Lukes, S. (1974). Power : a radical view (2nd ed.) “…thought control takes many less total and more mundane forms, through the control of information, through the mass media and through the processes of socialisation. ” What we think is free choice is unbeknownst to ourselves constantly being shaped.

The power at play here is not for an idea like freedom. It is not being used to make society better. These days people are being made to believe things against their interest in an attempt by unscrupulous politicians to stay in power.

When everyone only thinks about themselves no one’s interest are served. 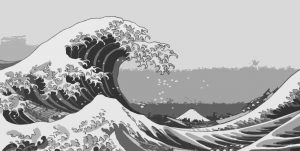